There is help. There is hope. Call us.

Substance Use Blog Series: What is the Overdose Crisis?

This week’s post is an overview of the overdose crisis. We discuss three factors that contributed to the current public health emergency in Canada and the USA:

This 8 min TED-Ed video gives an excellent summary of the points in the post, including the history of opioid use, the science behind how opioids affect people, and why the current crisis exists:

What is the overdose crisis?

The overdose crisis was officially declared a public health emergency in British Columbia on April 14, 2016. As the graph from the BC coroner’s report (below) illustrates, the number of deaths due to illicit drug overdose in British Columbia started to rise in 2012 when there were 270 fatalities, spiking drastically to 1,546 deaths in 2018[1]. As the fatalities rose, so did the percentage of deaths linked to the opioid drug known as fentanyl. In 2012 only 4% of illicit drug overdose deaths in British Columbia were linked to fentanyl but by 2018 that number was over 86%[2].

Fentanyl is a pain management medication that is among the drugs classified as opioids, along with morphine, codeine, and heroine. Opioids are further categorized as depressants because these drugs slow down our body’s natural processes, such as our respiratory (breathing) and cardiovascular (heart rate and blood pressure) systems. This process of slowing down our usually automatic systems is what makes these drugs dangerous. If too much of an opioid is taken, or taken in combination with other substances that also affect our bodies’ systems (like alcohol or benzodiazepines), our bodies can be slowed down to a point that causes brain damage or death.

The graph above illustrates that the number of illicit drug deaths went down significantly between 2018 and 2019. This shows that overdose prevention efforts made by people who use drugs, their family members, front-line workers, and substance use service providers were beginning to take effect. For example, many people who are using drugs or who are around people using drugs, now carry naloxone kits, which provide the means to reverse the effects of an opioid overdose [find out more about naloxone here]. Public awareness campaigns and anti-stigma training for health care providers have helped address structural stigma (see our previous posts on stigma here.  Finally, health authorities have created Rapid Access Clinics to connect people who want to stabilize or reduce their use of opioids to Opioid Agonist Treatment (OAT). For more information on accessing OAT in the Fraser Health region please see the Fraser Health website here or the earlier Deltassist blog post about OAT resources here.

Sadly, today in 2020, the number of overdose deaths in British Columbia are higher than ever. This appears to be the combined effect of a surge in very powerful illicit fentanyl, and a side effect of the Covid-19 pandemic. Many of the measures put in place to curb the spread of Covid-19 involved closing or reducing in-person services that people who use drugs rely on. There has also been an increase in using substances alone, likely because people are worried about catching or spreading Coronavirus.

British Columbia is not alone in facing this crisis.

The rest of Canada and the USA have also faced a spike in overdose deaths in the past decade. The government of the USA declared their overdose crisis a public health emergency October 16, 2017. The Center for Disease Control (CDC) in the USA describes the overdose crisis as having had three waves starting in the 1990s with an increase in overdose deaths due to prescription opioids[3]. See the graph of the American situation from the CDC.

Why is there an overdose crisis?

You maybe wondering, opioids like heroin and opium have been around for along time, why is there a crisis now? Well, there is more than one factor contributing to the overdose crisis. This section of the post will look at three major factors: 1) barriers to health services, 2) the increase in opioid prescriptions for pain, and 3) the illegal sales of fentanyl.

1) Barriers to Health Services. For starters, our policies and public services in Canada were designed in a way that created barriers between people who use drugs and health services. The United States’ approach to drug policy was famously to be at war with drugs. This same kind of thinking was partially or wholly adopted at different times and in different jurisdictions across Canada. The idea of a war inflated public judgement that substance use was due to immoral behaviour. Both governments in Canada and the USA focused on enforcing laws instead of addressing the underlying issues related to substance use. This kind of approach has never resulted in a consistent reduction of drug use.

For many people who use drugs, the war on drugs approach created a cycle of shame and stigma that prevented them from getting help when they wanted it. Even today, many of the services that Fraser Health provides (such as drug checking at public health clinics) are not being used at capacity, because people still feel embarrassed, think they will be judged by health providers, or are worried about repercussions from the police if they are open with a public service. People still commonly feel this way, despite the fact that confidentiality laws protect people who use health services from having their private information about drug use being shared with law enforcement.

The increase in prescriptions occurred, in part, because pain came to be seen in the medical community as a fifth vital sign during the 1990s. This meant that doctors would ask their patients about their pain levels at routine check-ups, along with the other vital signs: body temperature, blood pressure, heart rate, and breathing. In the late 1990s, doctors in the USA started to fear that if they did not address patients’ pain – to their patients’ satisfaction – the doctors could be sued[4]. During this time Purdue Pharma, the pharmaceutical company that made the opioid OxyContin, heavily advertised itself to doctors as a “safe” opioid, because it released its effects over a longer period of time than other opioids. Doctors quickly turned to prescribing OxyContin and the result was that “from 1997 to 2002, OxyContin prescriptions increased from 670,000 to 6.2 million”[5] – in the USA alone. For some perspective on those numbers, at the last Canadian census, the population of Delta was 102,000[6] and the greater Toronto area was 5.9 million[7].

Many people who use illegal opioids were first exposed to them through these entirely legal and medically sanctioned prescriptions. In some cases, prescription opioids are the best form of medical treatment. The decision to use opioids should be made between doctors and the patients. However, as mentioned above, from the late 1990s to early 2000s, many people whose pain may have just as easily been managed by non-opioid drugs were prescribed it because their doctors were misinformed about the potential complications and side effects of OxyContin. In 2007 OxyContin paid $634.5-million USD to settle criminal and civil charges related to concealing its addictive properties to doctors. It was pulled from market completely in 2012[8].

3) Illegal Sales of Fentanyl. The final major contributor to the current overdose crisis is the illegal manufacturing and sales of fentanyl. The drug fentanyl contains an extremely high dose of opioids. Only a tiny dose is needed to feel its effects and just a small amount more can be lethal. Some people prefer the specific effects of fentanyl over other kinds of drugs and choose to use it intentionally. However, it is so much cheaper and easier to make than other drugs that people who sell drugs illegally sometimes sell fentanyl under another drug’s name, or mix other drugs with fentanyl, in order to make more money off it.

For example, stimulant drugs (like cocaine or MDMA) diluted with fentanyl still produce a pleasurable effect, and if it is a very small dose of fentanyl, the person who bought and used the drug might never know that it was not only cocaine. However, because the doses of fentanyl are so powerful, it is very easy to accidentally add a lethal amount.

The cost effectiveness of making and mixing fentanyl has meant 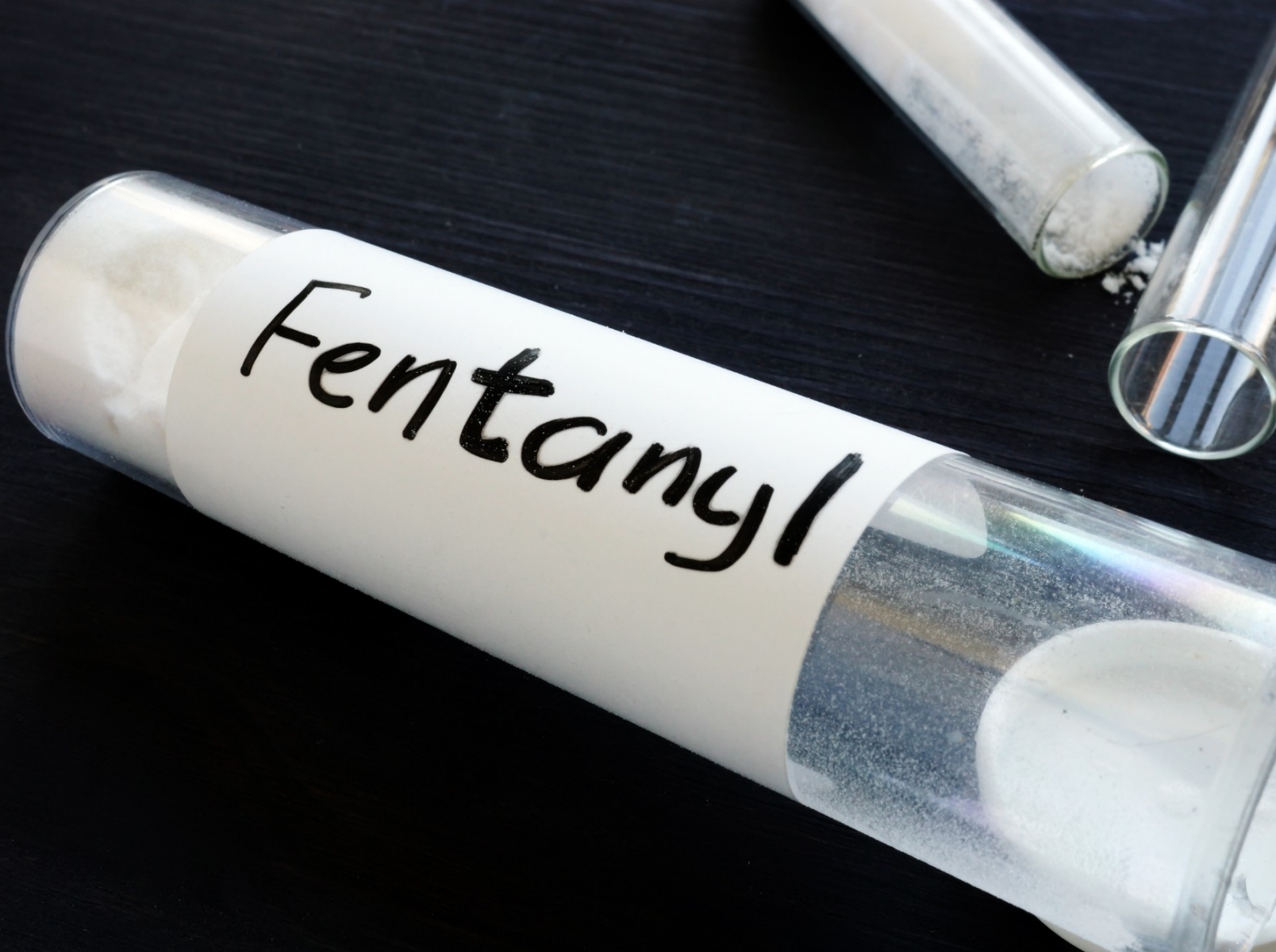 that many people who have overdosed did not even know fentanyl was the drug (or part of the drug) they were taking. This includes two cases in Delta where numerous Delta residents were sold what they thought was only cocaine but contained lethal amounts of fentanyl. One of these incidences occurred in 2016[9] and the other in 2019[10]. On those two nights Delta emergency services attended to 13 people who had overdosed and were able to revive all but one with naloxone.

The decrease in overdose deaths in British Colombia in 2019 is hopeful, some of the changes to how we approach drug use were obviously working to prevent overdose. We must continue to address the needs of people who use drugs along with the Covid-19 crisis. Ongoing research and conversations between services providers and people who use drugs are needed to understand the systemic issues fueling the overdose crisis.

To read further about how to prevent overdose deaths please see the previous posts on overdose prevention here and here.

If you are a resident of Delta looking to change your relationship with substances or if you are being affected by someone in your life’s substance use, please leave a message on the Deltassist Substance Use Intake line and one of our Counsellors will connect with you shortly: (604) 594-3455 ext. 108.

If you have been using opioids and would like to speak to a medical specialist about obtaining medication to reduce or stabilize your use of opioids, please call Creekside Withdrawal Management centre at (604) 587-3755 and choose option 3 for the Rapid Access clinic.